The 54H60 prop system is comparable to the muscles in the human body. It enables flight for the masters of the skies, the C-130 and L-100 aircraft. The model designation and a brief explanation of how the 54H60 functions show how intricate and complex the 54H60 system truly is.

So, let’s look at what the 54H60-91 model designation reveals about a particular C-130’s propeller system. 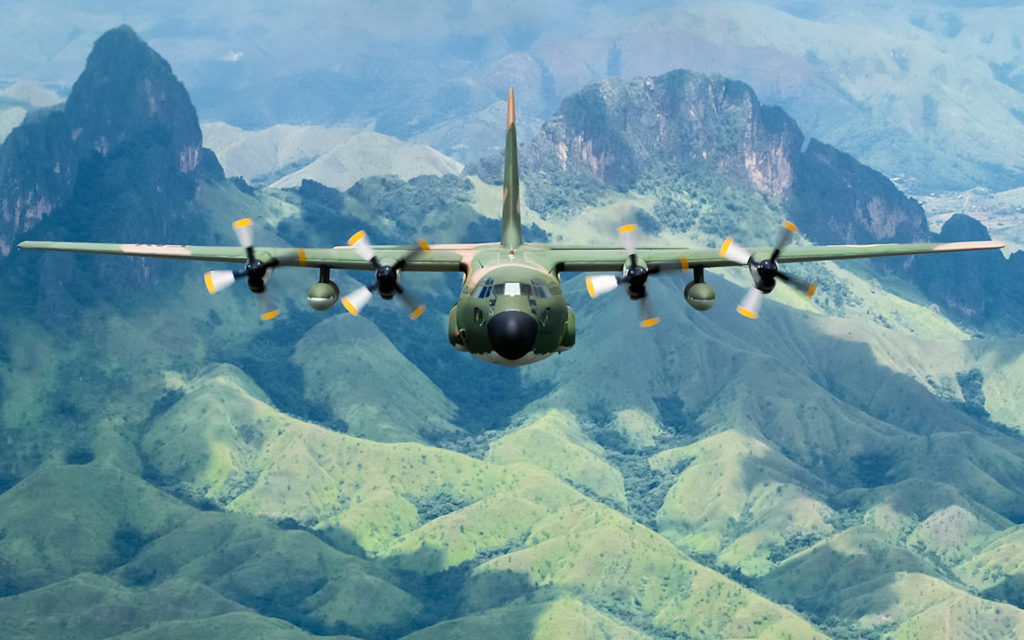 Understanding the designation of the 54H50 propeller system is only the tip of the iceberg, and the functions and capabilities of the system are designed to give the aircraft an immeasurable degree of uses, which accounts for popularity in both military and civilian uses.

How the 54H60 Prop System Functions.

The 54H60 propeller assembly is a constant speed, fully feathering, hydro-mechanical propeller. During aircraft operation, the 54H60 prop system has two distinct ranges, beta (ground) and alpha (flight) ranges. These ranges are differentiated by what component is controlling blade angle.

In the beta range, blade angle is controlled by the throttles from 0-34°, but in alpha range, the propeller governor is attempting to maintain a constant speed of 1020 RPM. Conversely, the alpha range is from 34-90°.